Johnny Depp scaled a window ledge to do one of his own stunts yesterday on the London set of Pirates of the Caribbean 4: On Stranger Tides. He's been working on the project for the past week in England, spending time nearby in Greenwich both in his Jack Sparrow costume and in his own usual flannel. Johnny has been able to break from shooting to catch up with British pals like Keith Richards, while his costar Penelope Cruz was able to leave the country altogether and head off with her sister Monica. 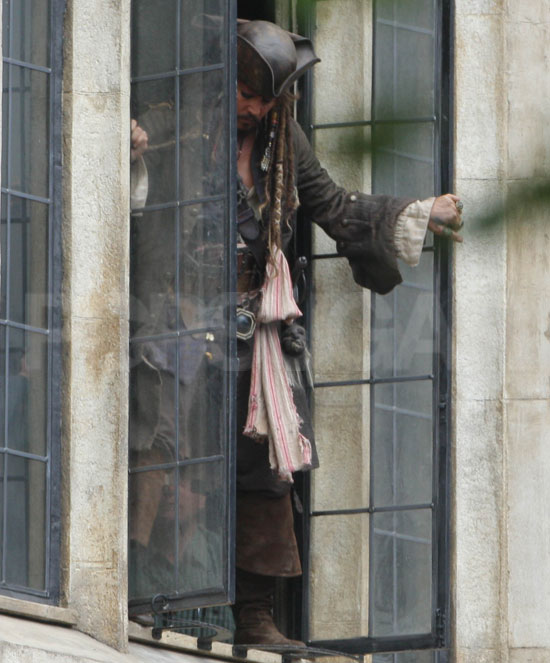