Dave Annable and Jon Hamm looked handsome in their suits at an event toasting the Motion Picture and Television Fund in Beverly Hills on Thursday night. Jon is back in California following a stint in NYC, where he made a cameo on the live episode of 30 Rock, hosted SNL, and partied with his Mad Men costars at their season finale bash. Jon's recent foray into comedy was a departure from his more serious role of Don Draper, though even the fictional ad man has a comedic side. Dave, meanwhile, is a newlywed following his October wedding to Odette Yustman, and after posing with Jon, he hopped over to a video game party to let loose with Kobe Bryant, Zachary Levi, and Audrina Patridge. 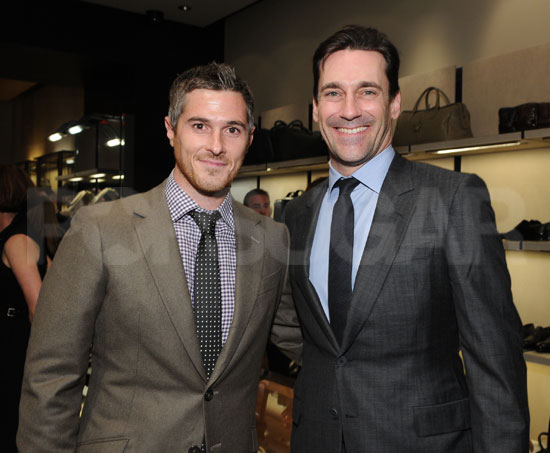