Jon Hamm went for a solo stroll in NYC on Saturday before joining his costars to celebrate the shocking season finale of Mad Men last night. Jon also had his real-life love, actress Jennifer Westfeldt, by his side. The couple are a frequent fixture at red-carpet events, and they'll be working together during his hiatus when he stars in Friends With Kids, the new comedy she wrote and is directing. Yesterday's party continued a busy month for Jon, who promoted his series in Cannes with Elisabeth Moss and put in a hilarious appearance on the live episode of 30 Rock last week. While Don Draper won't be back on TV until next Summer, we're sure to see our favorite Sterling Cooper Draper Pryce characters out and about on Halloween. 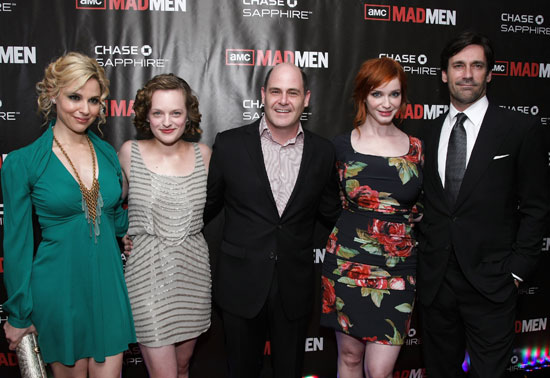 Elisabeth Moss
The True Story of the Friday the 13th Murder: Why Candy Montgomery Killed Betty Gore
by Chanel Vargas 7/12/20