Jon Hamm had a black-tie Saturday when he sported a tux for a photo shoot in LA. We're officially less than one week away from the return of Mad Men, and as the excitement builds, Buzz wants to know: who is your favorite character on the show? Jon's Don Draper may change the way people look at him in a suit forever, but he has two big-screen projects coming up that will show us more sides of Mr. Hamm. We just got trailers for Howl, which he stars in with James Franco, and Ben Affleck's latest directorial project, The Town. The latter of those movies landed Jon a sexy W Magazine cover with Rebecca Hall. Jon will also be hitting the red carpet again tomorrow with the rest of the Mad Men cast to premiere the new season! 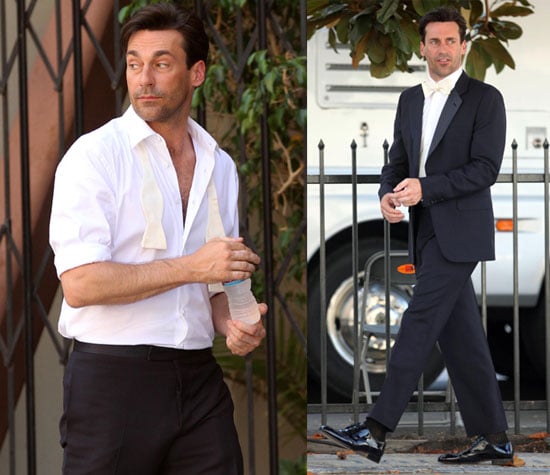