Josh Brolin has a reputation for being a bad boy and the latest controversy stems from these photos showing the actor kissing his three-time costar Marley Shelton after the two had lunch together in LA a few weeks ago. His rep was quick to deny that the lip-lock between the actors, both of whom are married, meant anything. Still, that hasn't entirely put to rest the rumors of an affair and it's not the first time he's been thought to be cheating on Diane Lane. So tell us what you think about the pictures of Josh kissing Marley — OMG or no big deal? 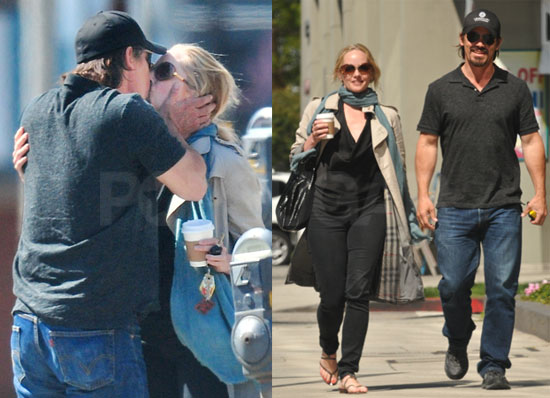