Josh Hartnett browsed the options at the SoHo Dean and Deluca in NYC yesterday. His wayfarers and beanie are quite the Spring uniform for Josh, who has been taking advantage of the warmer weather by biking and walking around the city. Last week Josh was spotted out on a romantic lunch with his still-girlfriend Sophia Lie, which refuted the rumors that there's something going on between him and Abbie Cornish. Hartnett has taken a few years off from starring in any big movies, though even far away from the blockbuster circuit he's still a hot topic of conversation. 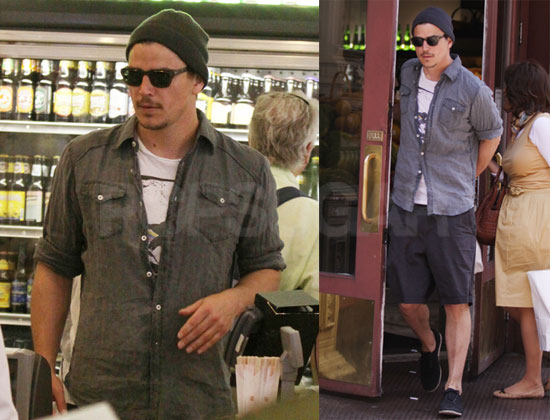