Josh Hartnett picked up groceries in NYC on Tuesday, back home from his trip to the Toronto Film Festival where he attended the premiere of his latest movie, Bunraku over the weekend. After a few years off from releasing any movies, Josh has a number of projects slated to come out within months and he's set to start working on soon. Even though he took time out of the spotlight, he's still a very in demand actor and chooses his roles carefully between relaxing bikini and shirtless vacations with his girlfriend Sophia Lie. 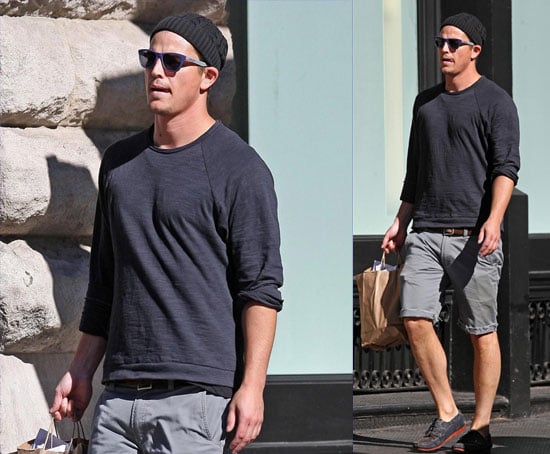