Joshua Jackson took his turn in the spotlight as a nominee at last night's Genie Awards in Toronto. He played supportive red-carpet boyfriend for Diane Kruger throughout award season, but last night the roles were reversed. At the ceremony, which is referred to as Canada's version of the Oscars, Josh took home the best actor statue for his work in the movie One Week. Diane was there to cheer him on before sharing a sweet embrace and kiss backstage after his win. Humble and adorable Josh apparently kicked off his acceptance speech by saying, "I can’t believe I won something!" Josh and Diane are one of our favorite couples, but they both need some big help if they're going to go to the next round of the PopSugar 100! Joshua is losing to Fergie while Diane is trailing Rachel McAdams — make sure to vote and be entered to win a bag from one of Diane Kruger's favorite names, Chanel. 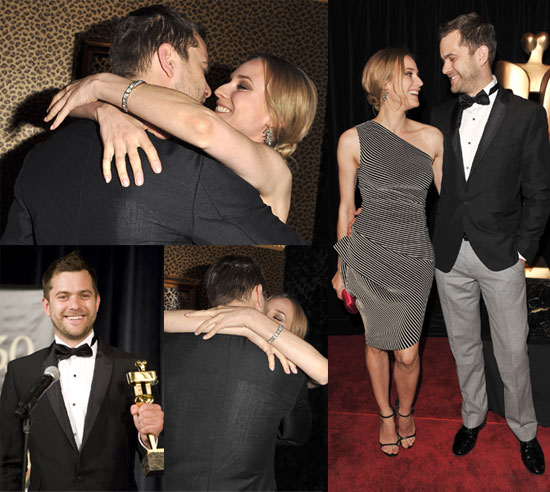 Lana Condor
How Long Will We Be Thinking About Lana Condor's Armani Gown? Always and Forever
by Karenna Meredith 10 hours ago

Red Carpet
The Pogues Reunite at the MTV Movie and TV Awards, and Damn, They Look Good
by Monica Sisavat 11 hours ago