Joshua Jackson smiled big yesterday while shooting Fringe in Vancouver with his costars. He's been in Canada working on his series, and earlier this week he headed to the airport to welcome Diane Kruger to town with a flower and a kiss. She arrived after a stay in NYC, where she joined Karl Lagerfeld for a Chanel party, played pictionary during Fashion's Night Out, and supported her pal Jason Wu during Fashion Week. She's now keeping Josh company when he isn't needed on set, which apparently is just fine by him since in a recent interview, he revealed that he prioritizes Diane over his career anyway. 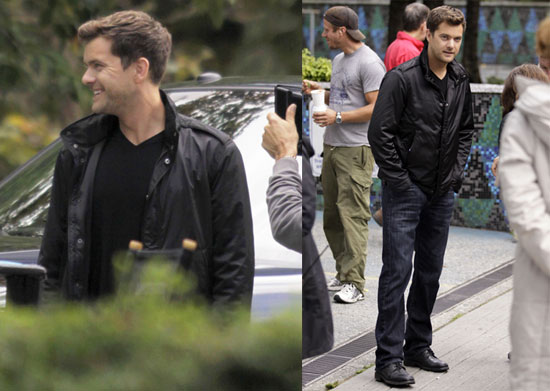 Celebrity News
Yep, Jodie Turner-Smith and Joshua Jackson Are So in Love, They High Five Each Other About It
by Chanel Vargas 2 weeks ago