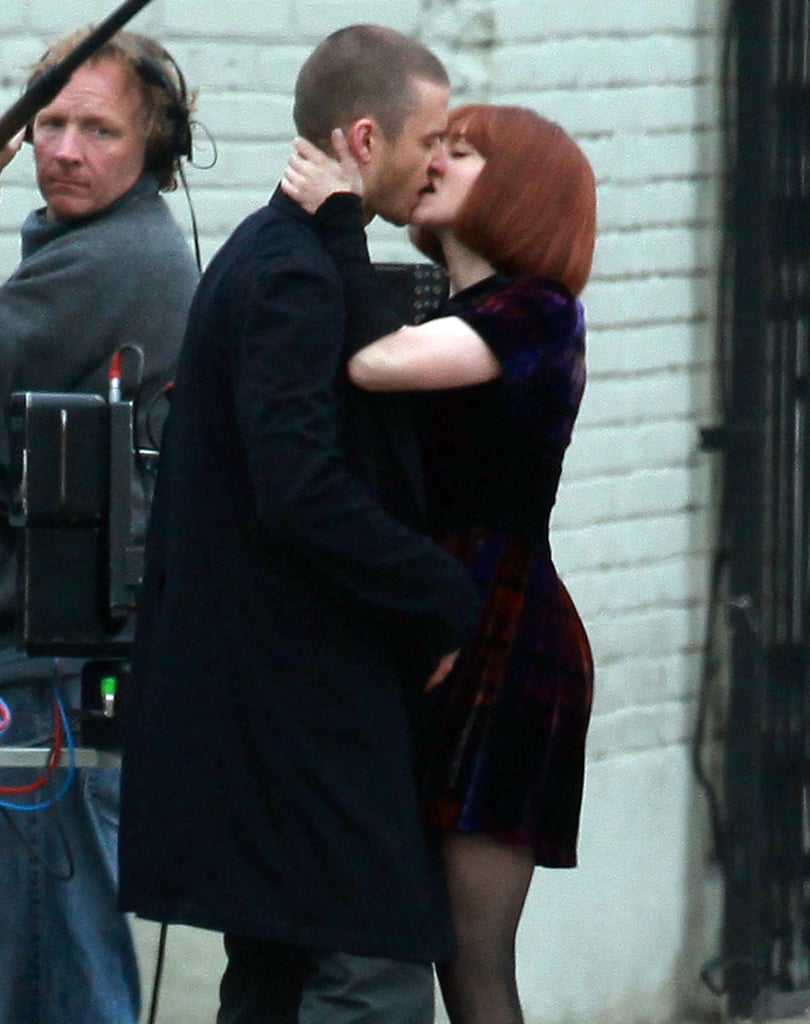 Justin Timberlake and Amanda Seyfried filmed a make-out session for their movie Now yesterday in LA. The pair have been shooting the sci-fi thriller, which was previously called I'm.mortal, for the last couple of months. Amanda rejoined Justin on the set for the sexy scene after his character got his flirt on with several scantily-clad actresses on Tuesday. Justin's keeping busy working on the movie, but he recently had time to celebrate the premiere of Yogi Bear and The Social Network's several Golden Globe nominations. He got more good news today when he and his costars from the David Fincher-directed movie scored even more love from the Screen Actors Guild with recognition in the category of outstanding performance by a cast in a motion picture.

Previous Next Start Slideshow
Amanda SeyfriedJustin TimberlakeNOW
Around The Web

The Ellen DeGeneres Show
Justin Timberlake Confirms He and Jessica Biel Are Now a Family of 4: "We're Thrilled"
by Brea Cubit 1 week ago

by Kara Kia 56 minutes ago