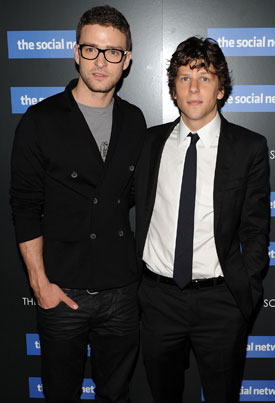 The Social Network opens across the country today, and it's received overwhelmingly positive reviews, including from Buzz. There's even Oscar buzz surrounding the project and its actors like Justin Timberlake, who's come a long way since getting Punk'd by Ashton Kutcher. JT and his costars Jesse Eisenberg and Andrew Garfield have done their parts to show off the movie, from attending the junket to late-night interviews. We'll see if the guys can unseat Wall Street 2 from the top of the box office, but tell us — will the hype over the film get you to the theater?