Justin Timberlake and Mila Kunis braved a gloomy afternoon on the set of Friends With Benefits in Malibu yesterday. JT showed off impressive jet-skiing skills during the shoot, but sadly didn't display his shirtless abs instead staying in a full body wetsuit. He bundled up in a parka to stay warm between takes. Mila didn't have to brave the water, but she did accessorize her blue string bikini and cover-up with Uggs. The two have been filming the movie in both NYC and LA for much of the Summer, and he will head back to the East Coast soon for the William Rast show at Fashion Week. It's already gearing up to be a very busy Fall for the multitalented star who is launching a special collection for Target later this season and will help debut The Social Network before it hits theaters in just a few weeks. 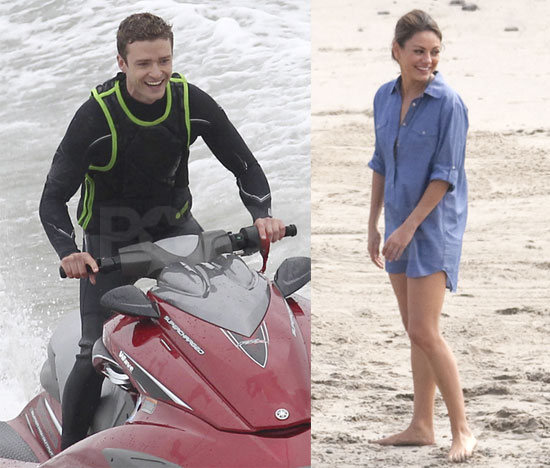