Mila Kunis had plenty of male company yesterday on the NYC set of Friends With Benefits, as she filmed with both Justin Timberlake and Bryan Greenberg. Justin and Mila have been in front of the cameras all week, and now Bryan's joined in on the fun. He's on a hiatus from his HBO series, How to Make It in America, which was picked up for a second season. Production on Bryan's show doesn't resume until next year, and he plans to work on another album — maybe he'll even score a backup singer in his musically inclined costar JT. 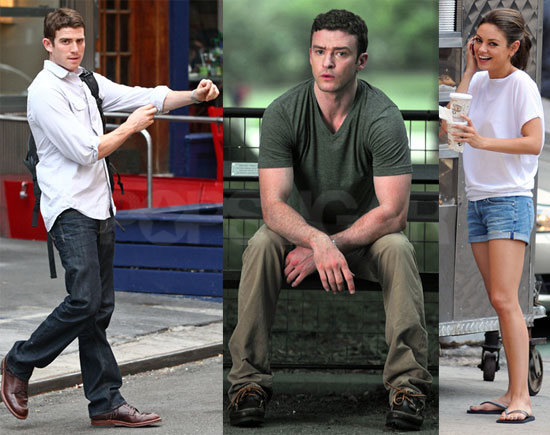 To see more from the Friends With Benefits set, just read more.