Justin Timberlake got behind the wheel on set with Friends With Benefits costar Mila Kunis in LA yesterday. They moved production to the West Coast after weeks of filming around NYC, with scenes by the water and in Central Park. Though he's had the Summer to focus on his acting, Justin will be juggling more projects as Fall approaches — he's showing his William Rast line at NY Fashion Week and will soon start promoting The Social Network before its October release. The movie is opening the New York Film Festival, and JT will also make a stop at the VMAs with Jesse Eisenberg, where they'll both be presenting. 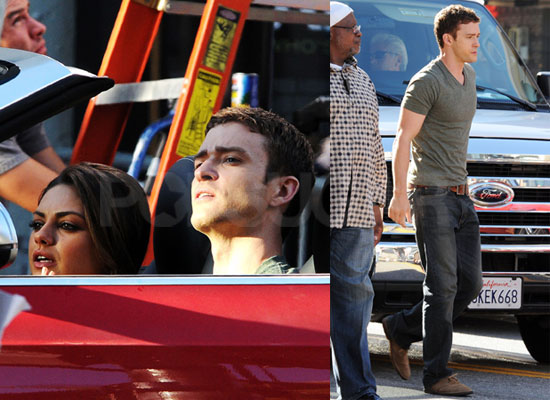