Kate Bosworth sported skimpy shorts as she filmed an intense makeout scene with Weeds star Justin Kirk for their new romantic comedy, BFF & Baby, today in LA. The cast also includes Krysten Ritter, Geoff Stults, and Rachel Bilson and features a cameo from Lauren Conrad. Kate and Krysten have been palling around on set and cracking each other up since they started shooting together earlier this week. Kate may be locking lips with Justin at work, but when the cameras stop rolling, she's still going strong with True Blood's Alexander Skarsgard. Despite rumors of trouble over the Summer, the duo have gone on movie dates, stopped by award shows, and attended parties together in recent weeks. 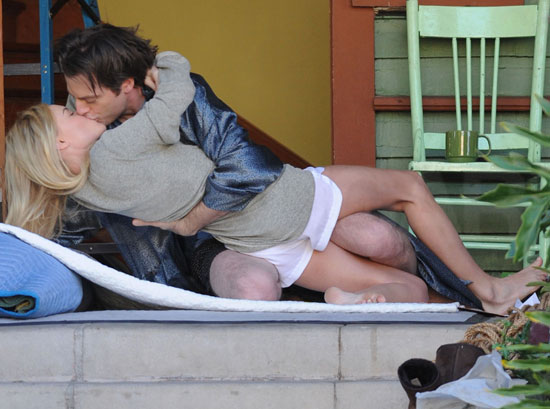 Kate Bosworth
Around The Web