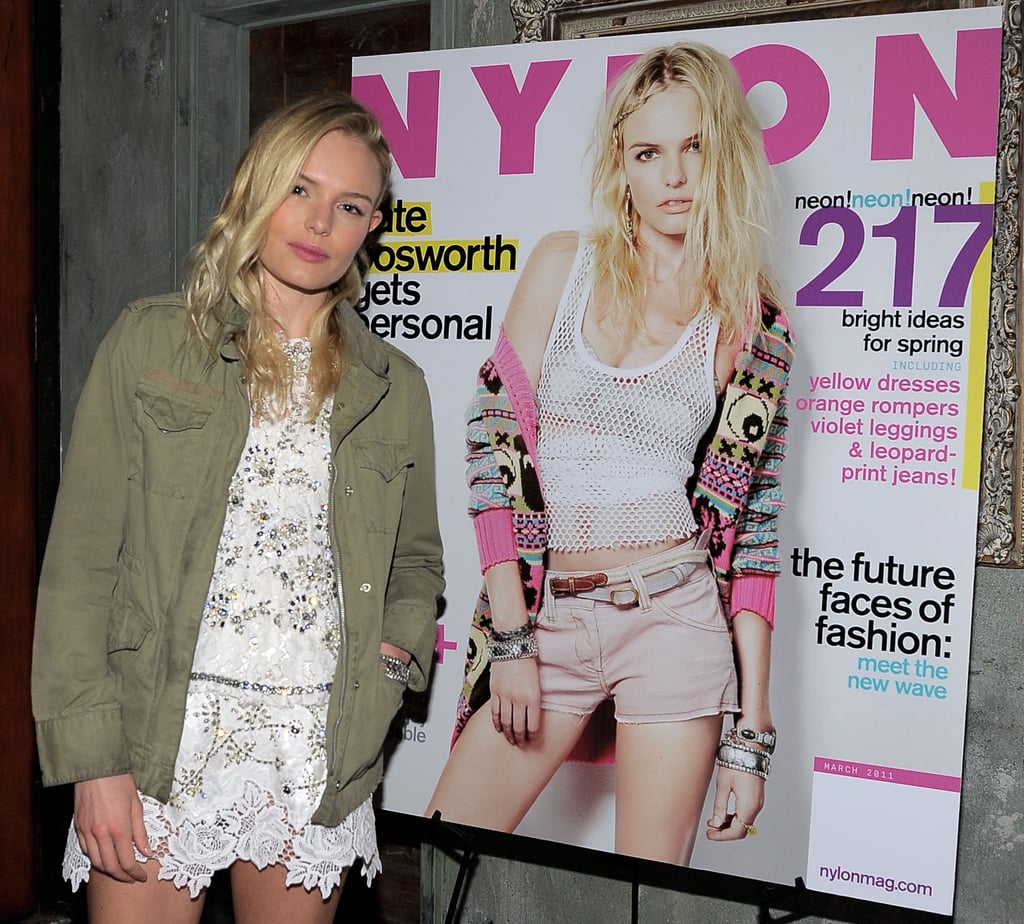 Kate Bosworth wore Dolce & Gabbana to pose next to a blown-up version of her Nylon Magazine cover at a party celebrating the issue in LA last night. The actress and jewelry designer had the support of her boyfriend, Alexander Skarsgard, at the event, though as usual the two skipped posing together. She's back home in California from whirlwind Fashion Week visits to NY and London. Alexander, meanwhile, has been rolling solo around town, and earlier this week he hit the red carpet with his True Blood costars to give fans their first look at what's already shaping up to be a sexy, shirtless season four.