Kate Hudson made a coffee run in her flip-flops yesterday morning in LA. The actress once again looked laid back after getting into costume for her big annual Halloween bash, where she hosted tons of her famous friends like Leonardo DiCaprio, Gwen Stefani, and Nicole Richie. Kate's boyfriend, Matt Bellamy, was also around to celebrate the holiday with her inner circle. His band, Muse, is on a break from concert commitments, which means more chances to hang out with her son Ryder. She's had the past few months off work while she accompanied Matt on tour, but we just got a first sneak peek at Kate, John Krasinski, and Ginnifer Goodwin in Something Borrowed, which comes out in 2011. 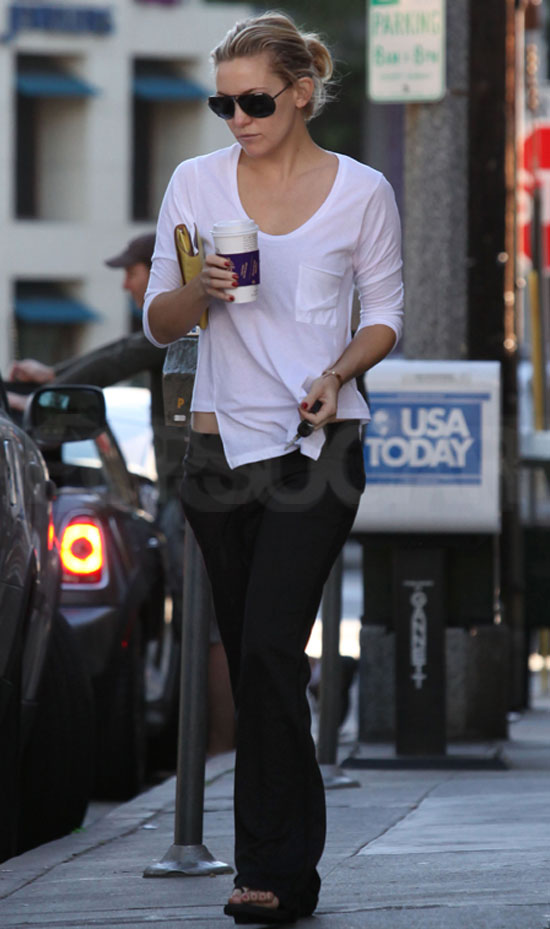