Kate Hudson happily welcomed her boyfriend, Matt Bellamy, as he arrived at a studio where she was working in LA yesterday. Later, they took a romantic hand-in-hand walk after lunch together. The pair are back in California after a weekend in London, and Matt's currently in the midst of a brief West Coast tour with Muse. She's rumored to be starting work on the long-awaited film Big Eyes, a drama in which she plays the painter Margaret Keane. You prefer to see Kate acting in comedies, but she likes to try her hand at everything from horror to musicals as well. Kate recently said she's looking to take some time off making movies, so we'll see whether the project she's been attached to since 2008 actually gets off the ground. 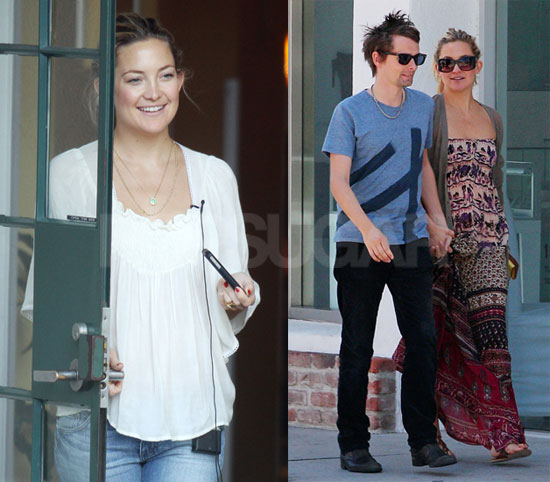