Kate Hudson was out in London yesterday with her boyfriend, Matt Bellamy, and a few members of his group, Muse, to dance the night away at the Groucho club. She's back in Matt's home country after a stint with him in Europe, where he was recently off on tour. Things between Kate and Matt seem to be going well, after she introduced him to her son, Ryder, and brought him to see her family and friends in LA. She even opened up about their romance in her October Elle UK interview, in which she also shared about her marriage to ex-husband Chris Robinson. Kate will be able to spend more time with Matt in England as his band preps for a handful of shows there in the coming weeks, before, conveniently, they travel back to California for dates in Anaheim and San Diego later this month. 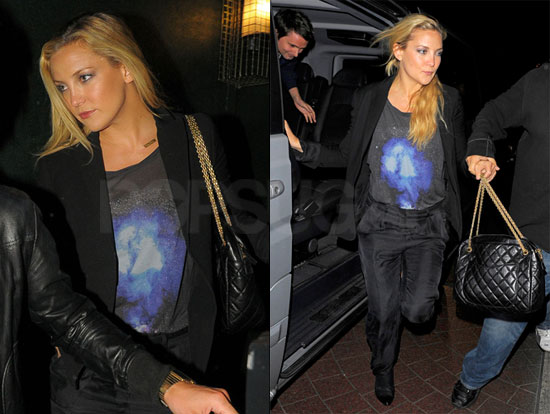