Kate Hudson held on tight to Ryder's hand at the London airport today. Kate is leaving England after spending a few weeks playing little Miss Rock n' Roll and traveling with her new boyfriend, Matthew Bellamy, while his band Muse toured Europe. Kate, who graces the cover of October's Elle UK, says she's enjoying her new romance, but isn't in the market for another marriage and instead just wants to be in love. It seems she might have found that in Matt — not only has Kate introduced him to her circle of friends, but her new guy has also clocked some quality time with her son. 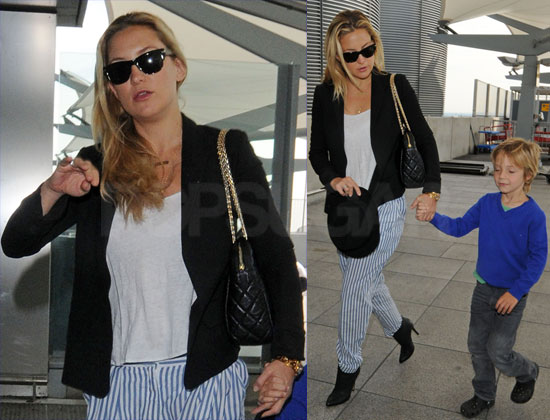