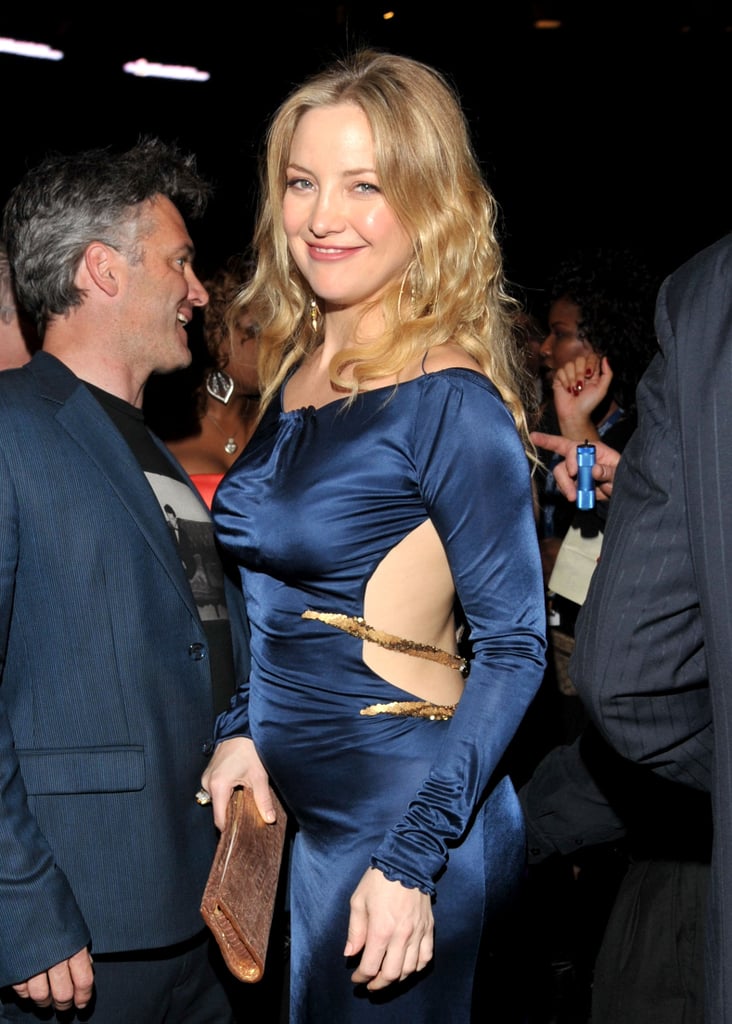 Kate Hudson's boyfriend Matt Bellamy was a big winner at the Grammys in LA tonight, but she was the one who captured lots of attention due to her tight Roberto Cavalli dress! The expecting mom wasn't shy about flaunting her growing baby bump, which was a big contrast to some of the looser outfits she's sported lately. Matt was at the award show with his band Muse, and they took the stage to perform "Uprising" before claiming the best rock album prize for Resistance. He accepted the honor on his band's behalf, and took a moment to sweetly give Kate a shout-out. Matt finished his remarks by saying, "a special thanks to my beautiful pregnant girlfriend over there!"

Celebrity Hair
BAFTA Awards 2021: These Were the Best Celebrity Hair and Makeup Looks of the Night
by Sophia Panych 17 hours ago

Priyanka Chopra
Priyanka Chopra Wore One of 2021's Favorite Hairstyles to the BAFTAs: the Bubble Braid
by Tori Crowther 17 hours ago