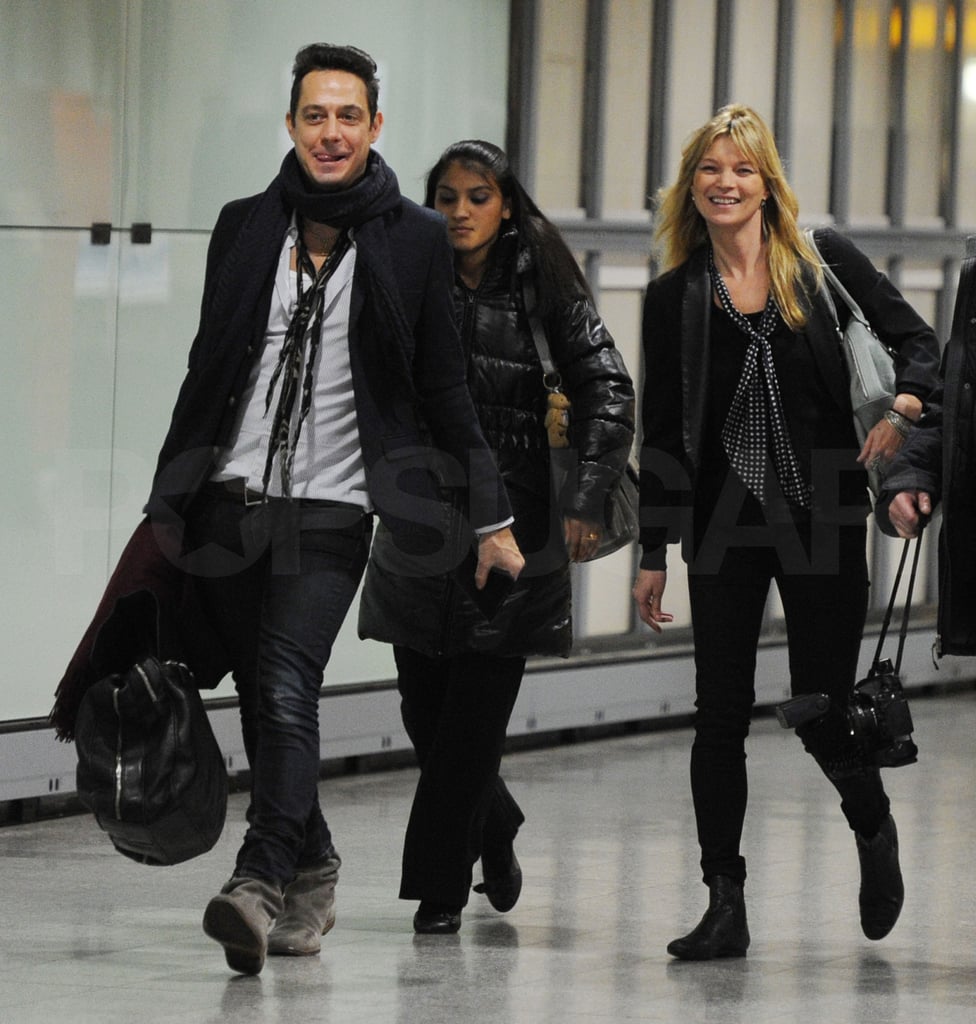 Kate Moss and Jamie Hince stuck together yesterday as they headed to catch a flight out of London with her daughter Lila. The trio was rumored to be off on their latest trip to Thailand, where they rang in 2010 together last year. Kate and her friends had a similar bash to mark New Year's 2009, 2008, and 2007, though that first year things got a little crazy due to Pete Doherty's bad behavior. Kate and Jamie just celebrated the holidays at home in England, taking in a performance of The Nutcracker before heading out for Christmas in the Cotswolds. The happy couple had fans guessing about their possible Summer wedding, but whether or not they see out 2010 as husband and wife, she's sure to do so in her signature good style. Kate will rest up before kicking off what's bound to be a busy 2011 between her various modeling and design enterprises, and she's now rumored to be adding recording her first album onto her lengthy to-do list.