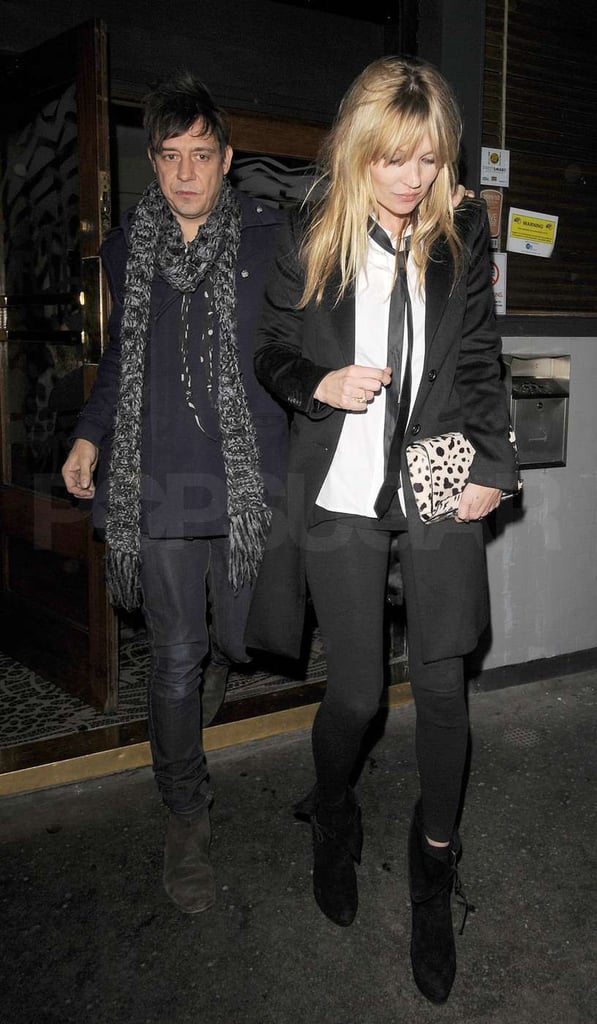 Jamie Hince led the way for Kate Moss last night as they left London's Groucho club. The pair hit the town for a late evening out to have some fun following Kate's November promotional push for her new fragrance, Vintage Muse. She and Jamie still managed to see their friends over the past month, as Kate helped organize birthday parties for her artist pal Lucian Freud and Dior designer John Galliano. Kate's now wrapping up another year of modeling for the world's top magazines, and her continued success has earned her a spot among The Financial Times's most influential women of the decade.

Previous Next Start Slideshow
Kate MossJamie Hince
Around The Web