Kate Winslet and her male model boyfriend, Louis Dowler, checked out the stars on Saturday after grabbing dinner at Paris's Jules Verne restaurant with friends. The couple have been going strong since May, when they were first spotted together. Since then, they've traveled the globe and enjoyed evenings out in her home city of London. Kate's had the past few months off following her Spring spent in NYC shooting Mildred Pierce — we can now get a sneak peek at Kate's role in the upcoming HBO miniseries in the just-released preview. 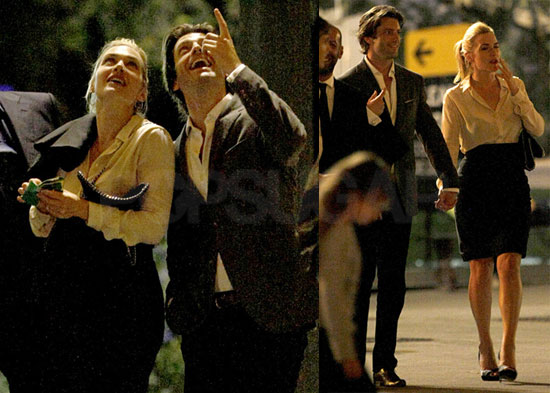