Kate Winslet was in a half-sheer Stella McCartney number yesterday for the NYC debut of her new HBO miniseries Mildred Pierce. Other members of the network's family, like Boardwalk Empire's Steve Buscemi and How to Make It in America's Bryan Greenberg, came out to show their support. Kate also had her costars on hand, including her fellow Oscar-winner Melissa Leo, a fresh-from-Michigan Evan Rachel Wood, and Guy Pearce. The two Academy Award honorees worked on their small-screen project before The Fighter actress clinched her prize, and Melissa even said her expletive-laced acceptance speech was inspired by Kate!

Last night, though, there was even more love flowing from the costars to leading lady Kate as many commented on her great attitude on the New York set last year. Evan referred to Kate as "my favorite actress hands down" before revealing the nickname she's been given by her The Ides of March director George Clooney, who apparently calls her Schnoz! Kate, meanwhile, shared her secret to both doing long hours and having a sunny attitude. She said, "You just have to do it! You have to team lead and you have to just plow on through. The thing is as well, when you're playing a character who is so present on the set, everyone sort of leads by example. I knew I had to be a leader in that sense . . . it helps everybody. You all want to enjoy your work and do the best job that you can. When the leading actor is being effervescent and positive, I think it makes a big difference to the atmosphere. But I'm always like that! Or I try to be!"

Kanye West
According to Julia Fox, Juliye Is In
by Naledi Ushe 18 hours ago 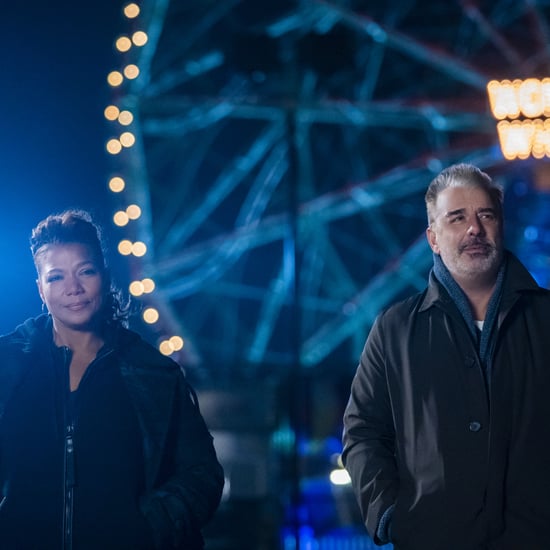 Queen Latifah
Queen Latifah Responds to Allegations Against Chris Noth: "Justice Has to Prevail"
by Princess Gabbara 1 day ago