Kate Winslet stepped out with her new boyfriend, British model Louis Dowler, in London on Friday night to visit the Groucho Club and Mahiki. It's their first public PDA outing as a couple, and the actress looked smitten with the handsome guy holding her hand. Kate also looked stunning in a skintight LBD while she tested out a ponytail and letting down her blond locks. The two were spotted exercising together earlier in the year, which gave us a look at his fit shirtless body as she biked by his side. Yesterday Kate was solo when she left her hotel, but perhaps that big smile means we'll be seeing more of her hot arm candy. 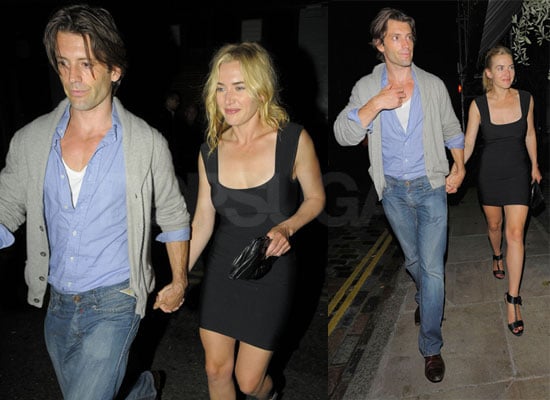 To see more of Kate and Louis, just read more.