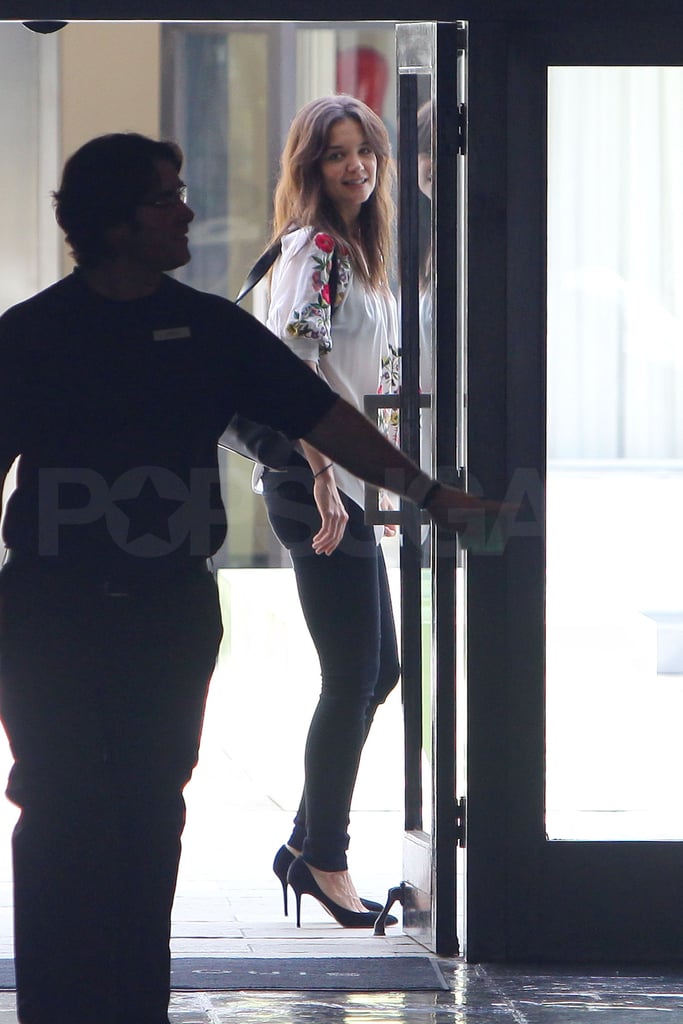 Katie Holmes went casual yesterday for a lunch date at LA's Sunset Marquis with friends. She and Tom Cruise skipped out on most of the award season hubbub over the weekend, but they did make a cameo inside Friday's W magazine bash at the Chateau Marmont. They're loyal attendees of the party, as they also rubbed shoulders with their famous pals at a similar event last year. Neither Tom nor Katie had films in the running at Sunday's Golden Globes, and it seems as though Katie's The Kennedys miniseries, once bound for The History Channel, won't be in contention next year after it was shelved indefinitely. Multiple other stations have passed on the project as well, leaving DirecTV among the last who may decide to broadcast it in the US.

by Murphy Moroney 15 minutes ago