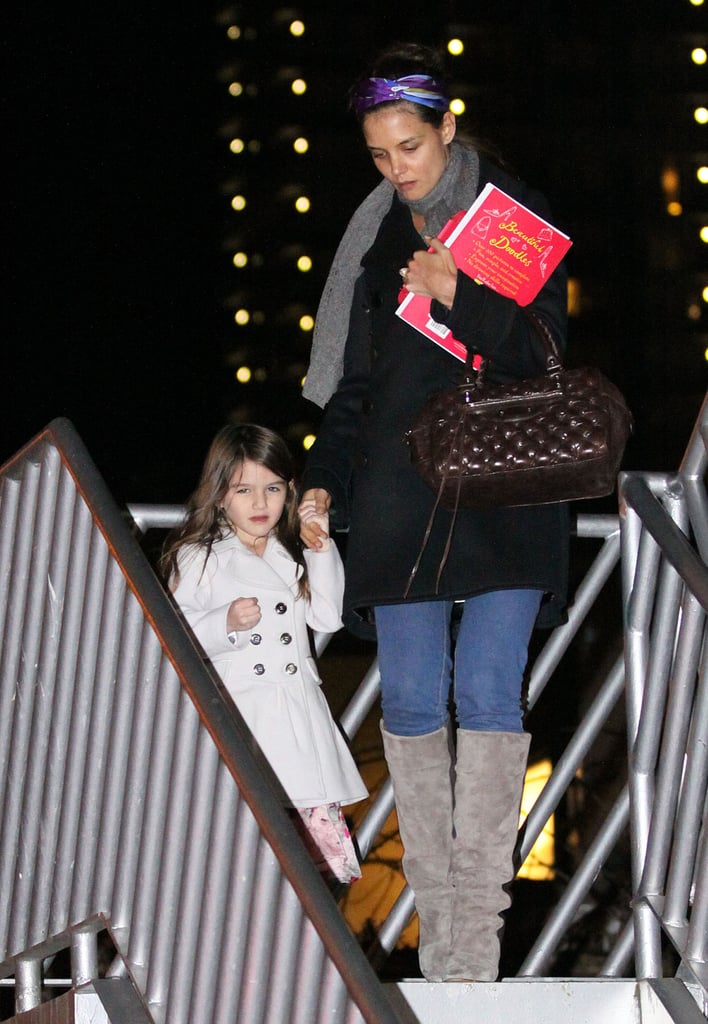 Katie Holmes brought Suri to check out the Stanley Park Christmas train in Vancouver yesterday evening. The girls are up in Canada visiting Tom Cruise, who is there working on Mission: Impossible 4. He showed off his muscles on set earlier this week, reminding us why he earned a spot in our hottest shirtless guys of the year slideshow. Katie wrapped up her own business before heading north to see Tom. She filmed Jack and Jill with an adorable pajama-wearing Suri on Monday, hit the gym in LA on Tuesday, and met with her Holmes & Yang partner on Wednesday. Katie also was up bright and early to announce the Golden Globe Award nominations, sporting a hot Azzaro dress and nouveau Farrah Fawcett hair. Katie may not be making a 2011 award season run, but she does have good news to celebrate. She might be returning to Broadway since she was reportedly offered a part in a show called Extremities.

Celebrity Instagrams
They're Here! Meet the New Celebrity Babies of 2020
by Mekishana Pierre 2 days ago

Celebrity Couples
Christina Milian Welcomes a Baby Boy With Boyfriend Matt Pokora: "And So We Begin"
by Samantha Brodsky 5 days ago

Baby Names
Cameron Diaz Announces the Surprise Birth of a Baby Girl, and Her Name Is Very Unique!
by Alessia Santoro 17 hours ago