Katy Perry spent much of yesterday in nothing more than a bra and underwear as she filmed her new music video for "Teenage Dream" in Santa Barbara, CA. The late-night shoot included hours spent in the pool making out with her male costar for the scene, and she luckily had a towel waiting when she hopped out soaking wet. Katy's gearing up to release her album in August while her fiance Russell Brand is across the country filming Arthur in NYC. It looks like we'll be seeing quite a bit of Katy when her new single comes out, though it's a departure from her whipped-cream spouting crop top. Her fantastic figure also earned her a place in our bikini bracket sweet 16 — she's currently beating Vanessa Minnillo in their hot matchup — so cast your vote for a chance to win an iPhone 4. 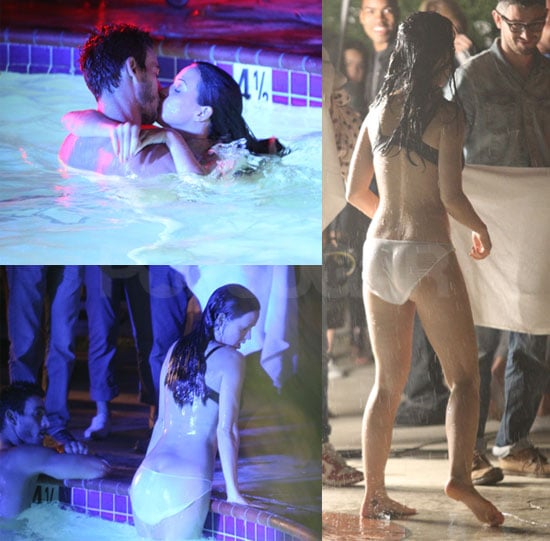 Katy Perry
Around The Web