Russell Brand and Katy Perry were hand in hand last night as they boarded a flight to Delhi en route to Jaipur, where they're rumored to be marrying this weekend, from London's Heathrow airport. They spent the last week together in Russell's homeland of England so that he could take care of some business while Katy performed on The X Factor. Russell was spotted out and about wearing a wedding band, which had many of you thinking they're already married. The duo have long been planning a particularly lavish wedding in India, though, and Russell told us earlier this year that the whole enterprise was very expensive. The ceremony has lots of reported quirks, like music from Diddy, a request for no gifts, seven days of parties, and more. They apparently plan to wed without a prenup. 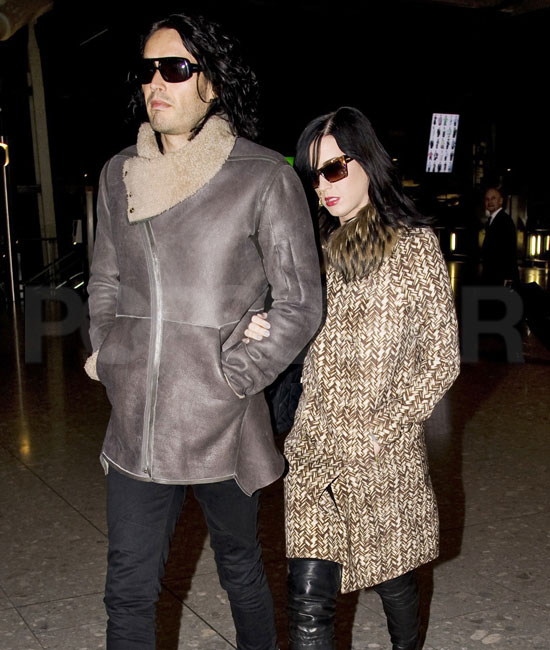