Carey Mulligan and Keira Knightley both paired sky-high heels with cropped hair as they joined Andrew Garfield for a Never Let Me Go photo call at the London Film Festival today. Keira has been dividing time between England and Paris, where she recently shot a new ad for Chanel and debuted her chic bob during the Fashion Week festivities. Carey is on a break from working alongside Ryan Gosling and Christina Hendricks on the set of Drive in California, while Andrew is currently enjoying the box-office and critical success of The Social Network. The trio can likely look forward to a similarly warm reception for their latest project, which Buzz found thought-provoking and heart-breaking. 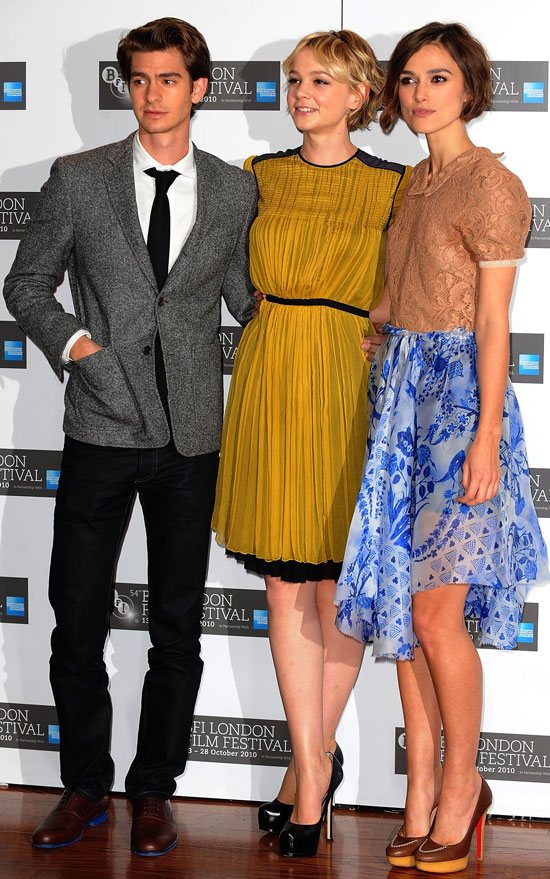 Netflix
Meet the Real People Behind the Sutton Hoo Excavations, as Portrayed in Netflix's The Dig
by Lily Panych 23 hours ago