Kellan Lutz and AnnaLynne McCord were spotted leaving an LA motel separately yesterday morning after checking in on Sunday night. Kellan headed out first with AnnaLynne following behind in a short red wig and sunglasses. The duo, who reportedly broke up earlier this month, were seen together at an event last week and this latest rendezvous might mean they haven't completely closed the book on their relationship. When Kellan's not sneaking out to meet up with his ex he's been staying fit with regular workouts as he prepares to rejoin the rest of his cast and shoot Breaking Dawn now that Robert and Kristen are back from Brazil. 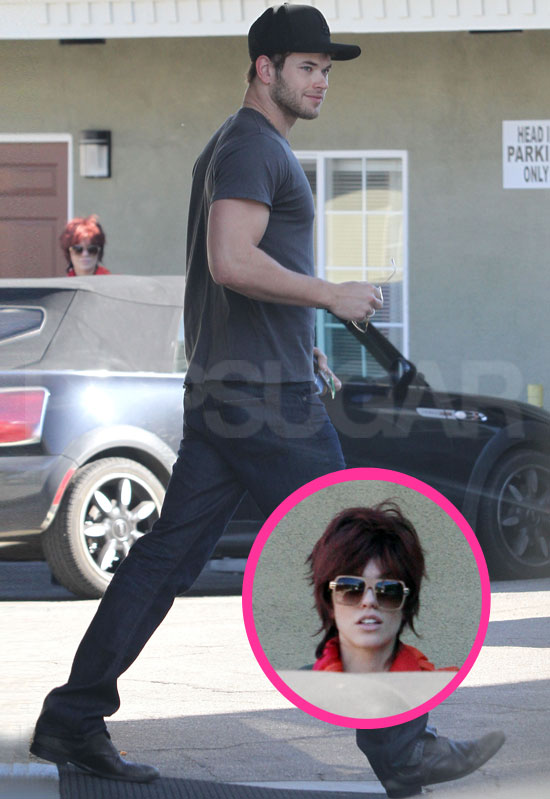 Kellan LutzAnnaLynne McCord
Around The Web