Kellan Lutz smiled for the cameras yesterday when he arrived back at LAX. He's home again following a stint in Louisiana, where he and his Breaking Dawn cast mates have been hard at work. His costars Kristen Stewart and Robert Pattinson were among those spotted relaxing on set in Baton Rouge, but others from the film, like the werewolves, apparently will be based in Vancouver. The next installment of the Twilight series promises to be the raciest yet, but Kellan finds himself involved in lots of drama in his other new project Meskada. That film, which screened at Tribeca this year, has a just-released trailer out in which Kellan stars as a rural guy caught up in the midst of a murder mystery. 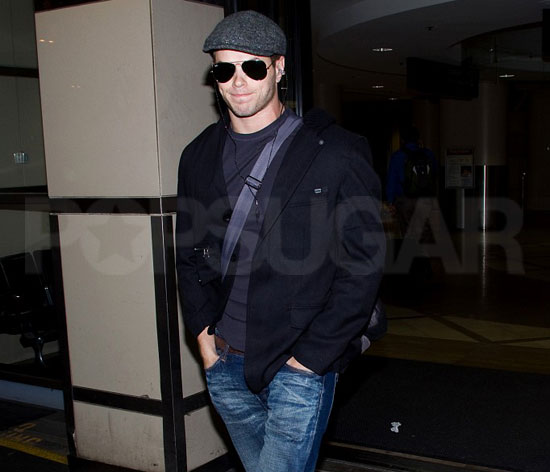