Kellan Lutz finished up another workout and kept his bulgy biceps concealed under a tee and gym bags on his way to the car in LA yesterday. He spent the weekend in San Diego where he represented the Twilight cast at a few Comic-Con events. Kellan's been ramping up his workouts before filming on Breaking Dawn gets started in the Fall, and his fellow Cullen, Ashley Greene, is also stepping up her fitness routine. Still, he finds time for shirtless pool parties and red carpets with another big one coming up since he's up for a handful of coveted surfboards at next month's Teen Choice Awards. 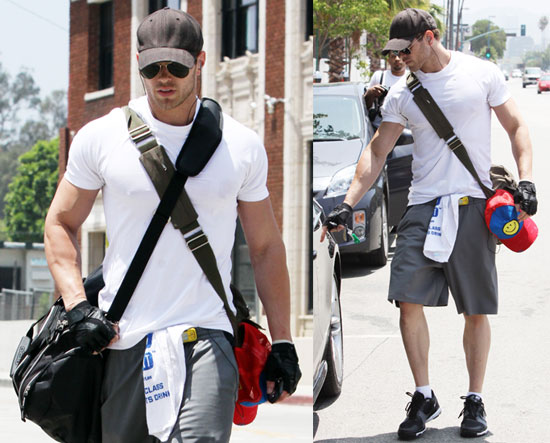