Kellan Lutz joined friends on Saturday to hit the links at the Resort at Pelican Hill in Newport Beach, CA. He managed to get some exercise with his pal after a week of hitting the gym back in LA solo. Kellan had some downtime after a recent stint at Comic-Con promoting his upcoming projects, including Immortals, Warriors, and Love, Wedding, Marriage. His girlfriend, AnnaLynne McCord, meanwhile, chatted up 90210 with a cameo at the TCA — she spoke to us about her favorite Summer blockbuster, and, surprisingly, it wasn't Eclipse! 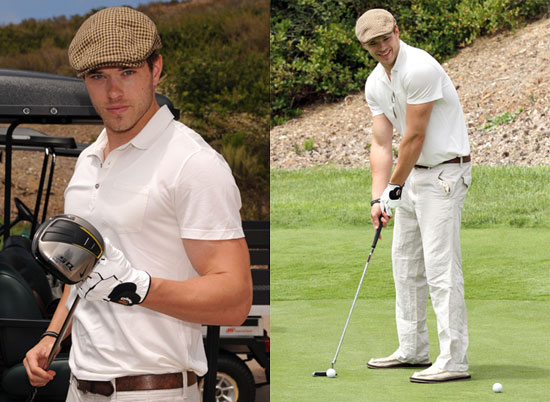