Kellan Lutz arrived in Toronto on Saturday and was soon off for a lunch with friends. He's in a new Canadian city after logging time on the Montreal set of Immortals last week looking super hot shirtless in a loincloth. Kellan's killer bod was the main attraction after his meal at his latest appearance as the face of Calvin Klein underwear. Kellan kept his six-pack mostly under wraps, but he was showing the new darker hair color he's recently kept covered. He had an evening to rest before suiting up last night to attend the MuchMusic Awards with his Eclipse buddy Ashley Greene. The duo will likely both be heading back to California in the coming days to attend Thursday's premiere of the third Twilight movie with jet-setting costars Kristen Stewart and Taylor Lautner. 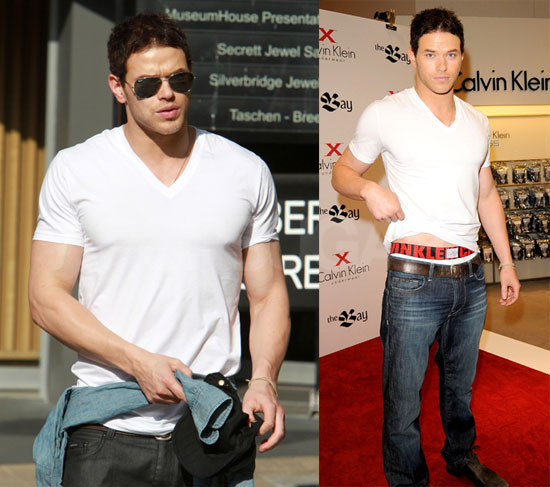 Image Sources: WENN and INFphoto.com
Kellan Lutz
Around The Web