Twilight's Kellan Lutz hit the streets with Kola in LA on Friday while his other pup, Kevin, hung back at the house. Kellan's on a break from filming Breaking Dawn while costars Robert Pattinson and Kristen Stewart headed to Brazil with the director, Bill Condon, and crew. During their trip to South America Kristen and Rob were spotted making out in character as Edward and Bella and then traveled to a private island where they filmed a pivotal scene. Kellan's been relaxing at home with the dogs while Ashley Greene returned to work as the face of Mark cosmetics and revealed why she's Team Edward. 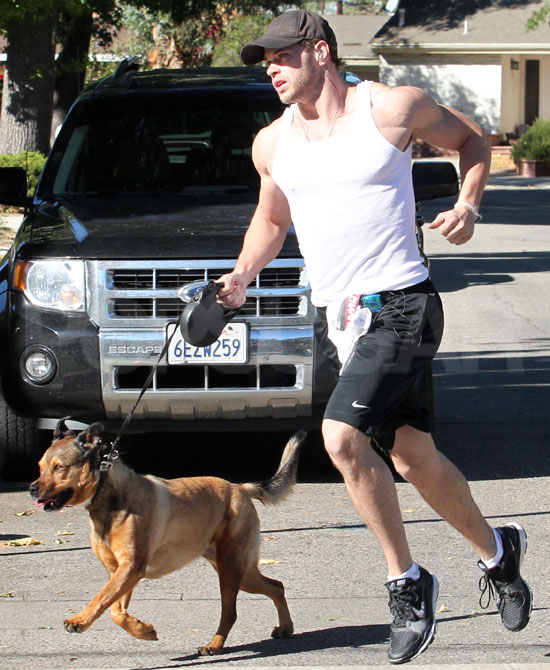 Kellan LutzCelebrity Pets
Around The Web

Chris Evans
Chris Evans and His Dog, Dodger, Have the Purest Bond — See Their Cutest Photos
by Alessia Santoro 3 days ago

Joe Biden
Today in Delightful Pet News: The Bidens Are Getting a Cat to Bring to the White House
by Alessia Santoro 5 days ago

Dogs
Meet Joe Jonas and Sophie Turner’s 3 Fur Babies: An Alaskan Klee Kai, a Golden, and a Corgi
by Alessia Santoro 5 days ago