Kellan Lutz worked out his fit physique during a game of basketball with a friend at his house in LA this afternoon. He recently got shirtless for another round of sexy Calvin Klein ads and also showed off his muscles in a tight tank on a run. Kellan's gearing up to start filming Breaking Dawn next month and has talked about his excitement for the graphic childbirth scene. It was just announced that the role of Renesmee will most likely be played by Mackenzie Foy, a child actor who is perfect for the part. The Twilight saga is also welcoming another new face to the franchise with Maggie Grace signed on to play vampire Irina. 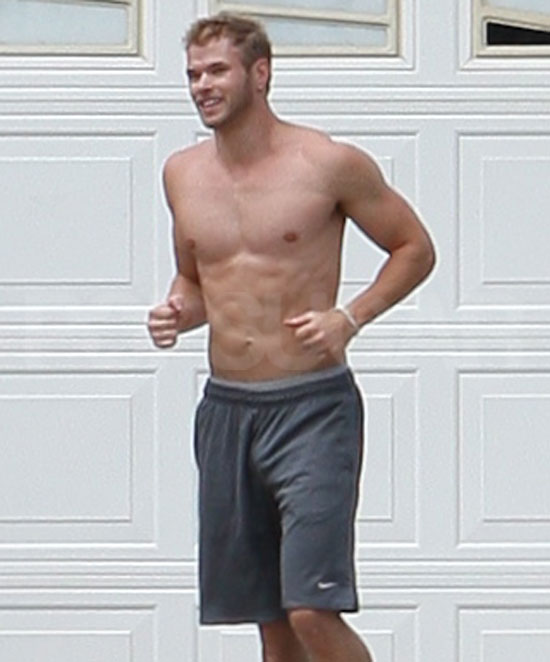 Shirtless
Presenting the Sexiest Celebrity Selfies of 2021 — So Far!
by Monica Sisavat 5 days ago

Shirtless
24 Reasons Eugenio Siller Should Be Your New Celeb Crush, and Yes, They're All Pictures
by Grayson Gilcrease 2 weeks ago