Kellan Lutz had his shades on to shop at an Armani Exchange in LA yesterday. He took a break from hitting the gym to browse with a pal, and afterward Kellan stopped to say hi to a few excited fans. Kellan had the company of his male friend while his girlfriend AnnaLynne McCord made the rounds at the TCA — we caught up with her on Wednesday night, and she told us which non-Twilight movie was her favorite of the Summer so far! Kellan did some promotional work of his own last weekend, when he joined the many stars at Comic-Con. 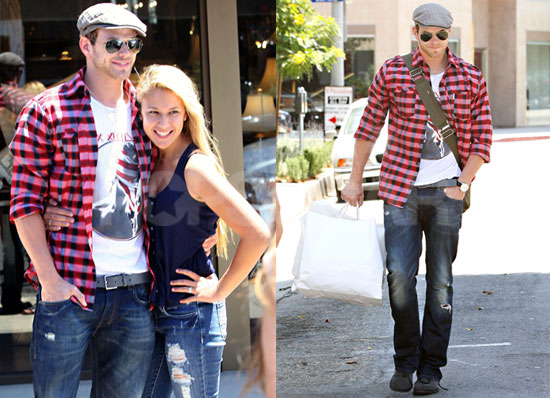 Kellan Lutz
Around The Web