Kellan Lutz joined Jenna Dewan and Kelly Osbourne in LA on Saturday to support PETA at their 30th Anniversary Gala and Humanitarian Awards, which was hosted by 30 Rock's Alec Baldwin. Alec was hilarious in the season premiere of his series last week with funny costar Matt Damon, and he kept his star-studded crowd, which also included I'm Still Here pranksters Casey Affleck and Joaquin Phoenix, laughing throughout the night. Lea Michele and Kellan were among the evening's honorees. 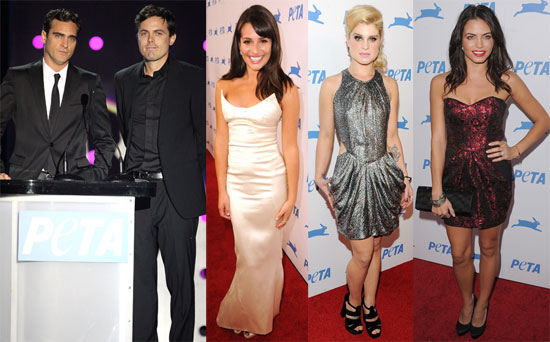 Kellan, though, got a head start on his weekend by going out for a jog near Runyon Canyon on Friday. He stuck with his animal loving theme by bringing along his buddy Kola. Kellan kept his sexy Calvins under wraps but fortunately showed off his toned triceps. He's back in California after a trip to Washington DC, where he volunteered at an event celebrating great communities for young people. The actor has a little more downtime to chill near home and with his girlfriend, AnnaLynne McCord, before starting work on Breaking Dawn soon. 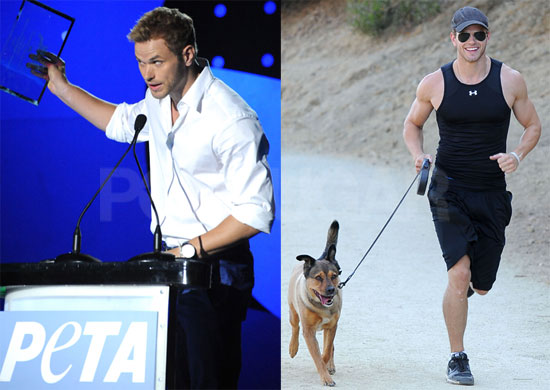 To see more photos of Kelly, Lea, and Kellan and video from the red carpet, just read more.