Keri Russell breezed through an outfit change and joined her Running Wilde costar Will Arnett on set in NYC yesterday. The two have been reshooting the pilot for the Fall comedy since showing off their chemistry at the Fox TCAs together earlier this month. Will has a big weekend ahead of him supporting his wife Amy Poehler at the Emmys on Sunday night. Will was nominated for guest actor in a comedy series, but that category was presented at last weekend's creative awards and Neil Patrick Harris took the honors. Amy Poehler, who just gave birth to the couple's second child a few weeks ago, is up for lead actress in a comedy for her work on Parks and Recreation and Buzz thinks she has a chance for a win. Remember to fill out Buzz's ballot for a chance to score an iPad! 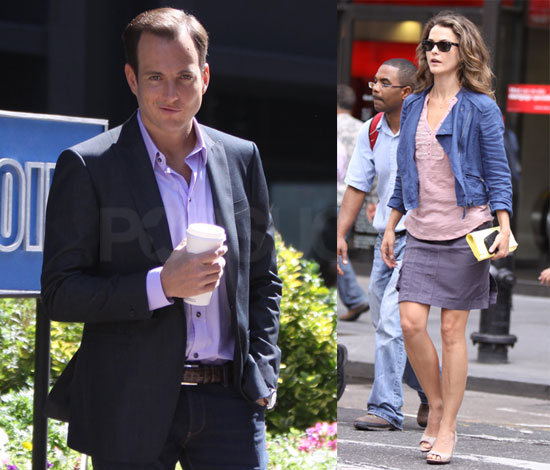