Kim Kardashian had an interesting new date for the Lakers game in LA last night. She arrived at the Staples Center with Halle Berry's ex, Gabriel Aubry, and then the duo sat courtside to watch her brother-in-law, Lamar Odom, and his team beat the Golden State Warriors. Her sister Khloe was also there taking in the action with newly engaged Monica, though Kourtney Kardashian had a rough day following her son Mason's allergic reaction to peanut butter. Kim is out on the West Coast again following a stint in the Big Apple to open a branch of her store Dash, also finding time to attend fashion parties and promote her Bebe designs. Her trip coincided with a front-page article in the NY Times's Style section, in which a columnist tried to explain her popularity to baffled New Yorkers. Kim was last linked to John Mayer of all people, though if she and Gabriel prove to be more than friends she might get a peek at his between-the-sheets routine. 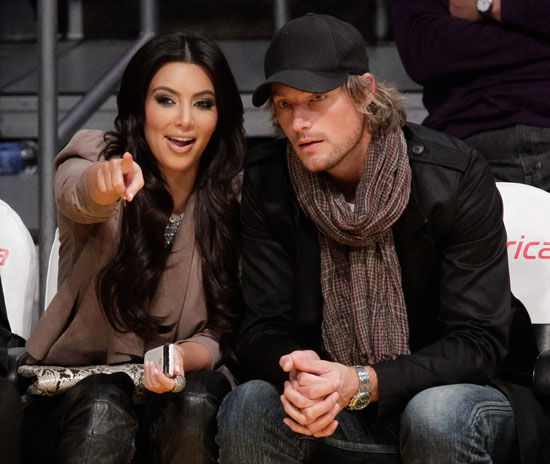