Kirsten Dunst cozied up to her boyfriend, Jason Boesel, yesterday as they waited for coffees in LA. It was a rare PDA from the pair, who tend to be low-key about their romance while out in public. Kirsten and Jason are together again in California following her Summer spent in Canada shooting both The Road, alongside Kristen Stewart and Tom Sturridge, and Upside Down with Jim Sturridge. Her next project to hit the big screen is All Good Things, which continues her trend of having a hot leading man with costar Ryan Gosling. 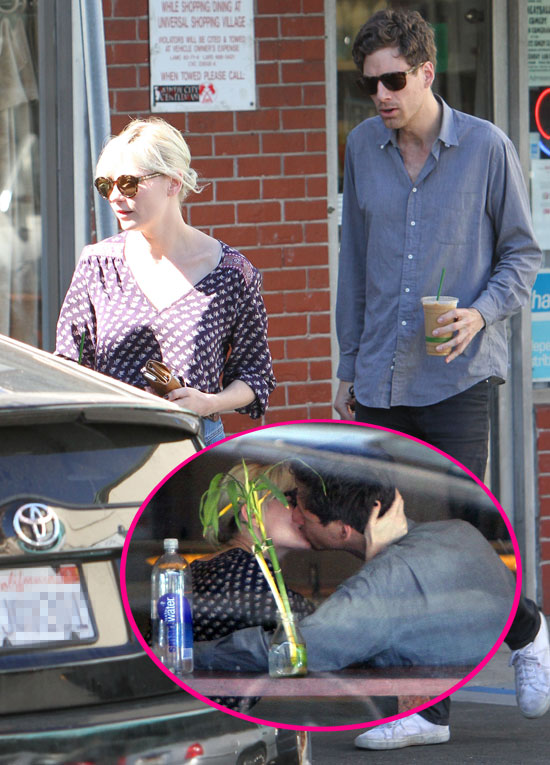