Kristen Stewart was solo yesterday when she touched down at an airport in New Orleans, not far from where she and costars Robert Pattinson and Taylor Lautner were spotted last month on the Baton Rouge set of Breaking Dawn. Her work took her away from the South, though, as she was recently in NYC promoting Welcome to the Rileys with a press conference and special screening — the indie movie arrived in a very limited release of just 10 theaters on Friday, so it was no match for box-office champ Saw 3D. Filming will soon start on the next installment of the Twilight series, which promises to be the raciest yet. Kristen actually had to diet before playing Bella Swan again, but she said that she puts a lot of pressure on herself to get things right with her career. 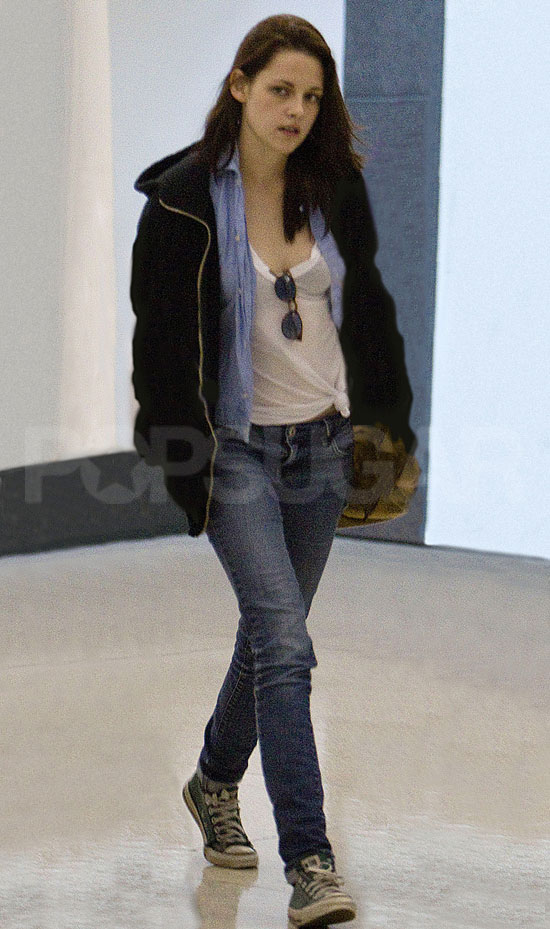 by Angela Law 57 minutes ago