Robert Pattinson and Kristen Stewart shared a laugh in the backseat of their taxi after an evening out in LA last night. She touched his leg during a sweet moment of almost-PDA with a friend crowded into the cab with them. Rob and Kristen kicked off their weekend with a stop at the Thompson hotel roof bar after her interview on The Tonight Show. She's currently promoting Welcome to the Rileys, an independent film which premiered at Sundance and will be out in theaters at the end of the month. Next up, Robert and Kristen will transform back into Twilight mode, so no more blond hair for Miss Stewart. Their costar Peter Facinelli said he read the Breaking Dawn script and it's awesome, though we still have another year to wait before we even see the first installment on the big screen. 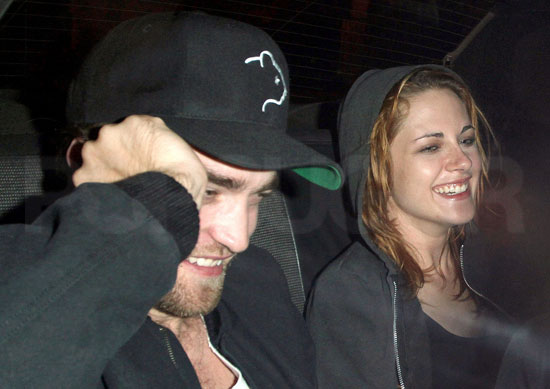