Kristen Stewart and Robert Pattinson reunited with Taylor Lautner last week on the Louisiana set of Breaking Dawn! The trio were spotted near their trailers, talking and stopping to play with someone's dog. She's had to leave their Southern location, though, for a few days of work in NYC, where she's been busy promoting, premiering, and partying to support her other film Welcome to the Rileys. Robert and Taylor are apparently still prepping to shoot alongside their other Twilight costars like Kellan Lutz, Nikki Reed, and Ashley Greene, who left LA together over the weekend. Kristen will soon head back to join the group to continue her good times with Robert after their stint in LA taking in shows and doing dinner together. 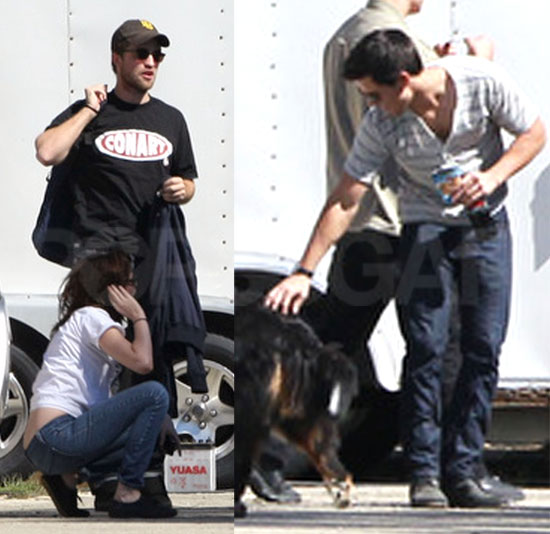 Nostalgia
Upon Midnight Sun's Release, I Find Myself Wondering If I've Outgrown the Twilight Saga
by Kelsey Garcia 2 days ago

by Samantha Brodsky 7 minutes ago