Lauren Conrad stopped by the set of BFF and Baby, in which she's playing herself in a cameo, in LA on Friday afternoon. The movie stars Kate Bosworth and Krysten Ritter and will also include Rachel Bilson and some steamy scenes with Justin Kirk. LC's used to being in front of the camera, especially now that she's started shooting her new reality show. The series follows her as she launches her latest fashion line, though she took a break for some fun with a friend in NYC over the weekend. 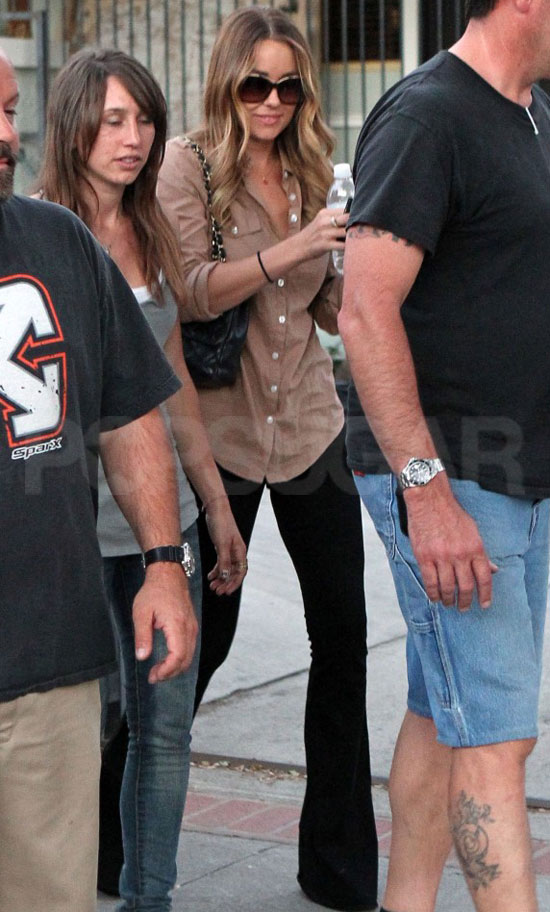