Lauren Conrad clutched her gorgeous handbag while she shopped around LA yesterday. LC was followed by cameras for her new reality show, and she finished filming the intro for it last week. She's been focused on her return to the small screen, but she's still making time for her other projects. LC went on The Talk to promote Lauren Conrad Style, and she showed off her designs for Kohl's in a dress from the line. She also had a big year with her best-selling book Sugar and Spice, which is among our favorites of 2010, and we can only imagine what's in store for her as she heads into another exciting era. 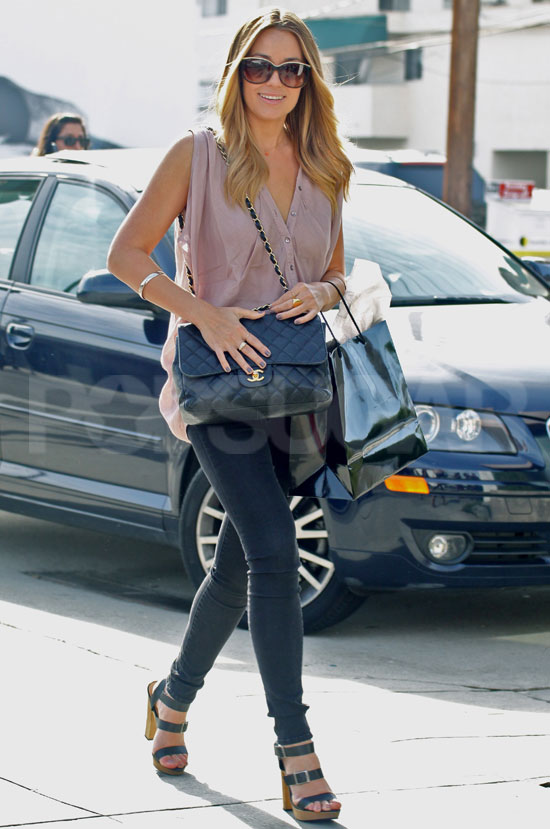