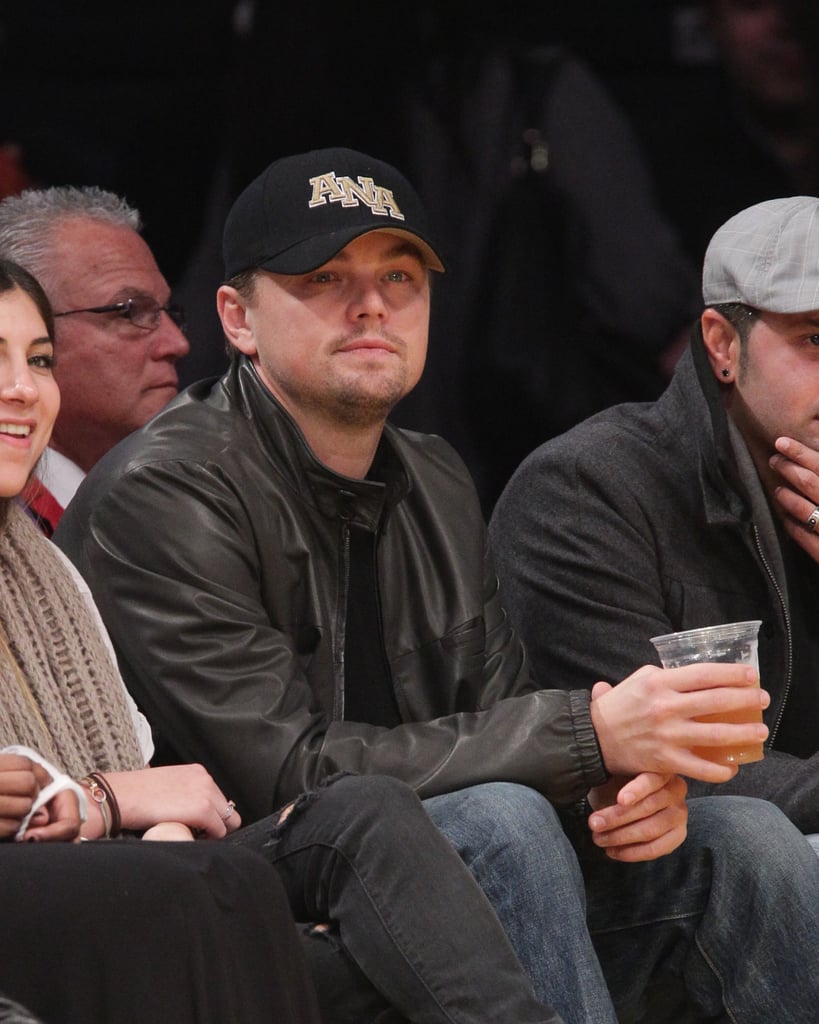 Leonardo DiCaprio was in his usual courtside seat at the Lakers game in LA last night, though his cheering presence wasn't enough to get a win for the team. Leonardo's good friend Lukas Haas was a few seats down the row, while Khloe Kardashian was also out to support her husband, Lamar Odom. Leonardo may be hiding some new ink underneath his leather jacket, since he was spotted, cigar in hand, at a local tattoo parlor last week. He ranks among our favorite dramatic actors and male celebrities of 2010, though his impressive work in Inception has failed to get him any award season recognition yet.

Khloe Kardashian
Khloé Kardashian Just Debuted a "Parisian" Microbob, and I Think I'm in Love With It
by Danielle Jackson 2 weeks ago