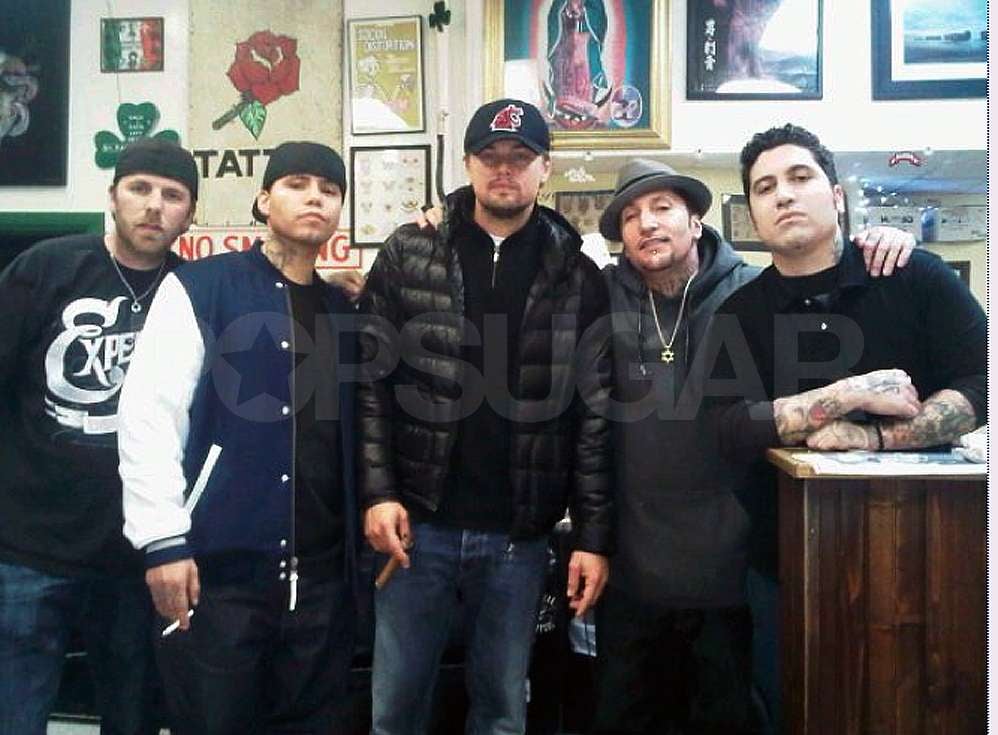 Leonardo DiCaprio stopped by Shamrock Tattoo in LA last week with a cigar in hand. Leo, who is in the running for this year's best dramatic actor and favorite male celeb of 2010, has returned to the states after a trip to Russia last month. He's back just in time for awards season, and while his turn in this Summer's Inception hasn't yet snagged him any nominations, it did win favorite movie in IMDB's year-end poll. Whether or not the project earns Leo any statuettes, he has plenty to look forward to in 2011, including a film about the assassination of JFK.